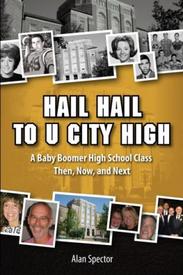 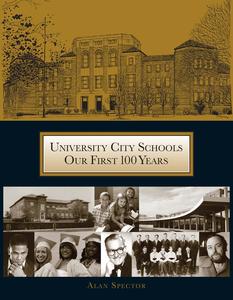 America's first cohort of Baby Boomers began their high school careers in the early 1960s, on of the most remarkable periods of transition in our country's history--the launch of the modern women's movement; the birth of civil rights legislation; the sowing of the seeds of the environmental movement; JFK's declaration that we would put a man on the moon; and the escalation of the Vietnam War.  The era also forged relationships among high school classmates that, for many, would grow even stronger as they individually and collectively  matured through the years.

Alan Spector brings that era alive in this fast-paced, insightful account--steeped in the culture and historical events of the time and in the experiences of his University City High School Class of 1964.  Spector then chronicles the journey of his class and, in essence all Baby Boomers, as they build families, careers, and lives through the intervening decades to the present.  Finally, Spector dares to look into the future of his Baby Boomer class.

University City Schools; Our First 100 Years is a representative history of the School District of University City and is, in large part, organized by the 22 schools that have served its students.  Yet the story is a reflection of things much more meaningful than bricks and mortar.

It is the story of a community that is inextricably linked to the history of its schools.  It is a story of administrators, staff, faculty, and parents who have come together for a century to make a difference in the lives of their children.  It is the story of the students, nearly 30,000 alumni and thousands of others more who attended University City Schools but moved prior to graduation, who went on to build careers, families, and lives and make a difference in the world.

That strong heritage is a solid foundation upon which to build for the next 100 years.