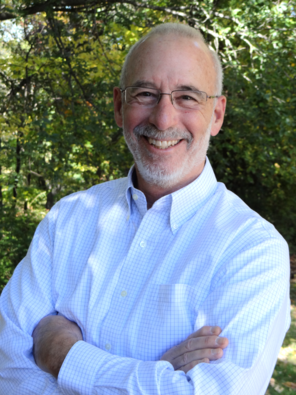 Alan Spector has been writing all of his life, but began his author career in earnest in 2006, when he was inspired to tell the story of the senior baseball community of which he was an active participant.  Baseball: Never Too Old to Play the Game was published in 2007.  Alan continues to play baseball with "kids his own age."

Alan's high school class remains closely connected decades after they graduated together.  Inspired by his classmates and his Baby Boomer generation, Alan authored, Hail Hail to U City High, A Baby Boomer High School Class-Then, Now, and Next, which was published in 2009.

Living a fulfilling retirement and wanting to share his learning about how to do so with others, Alan collaborated with his friend Keith Lawrence to coauthor Your Retirement Quest, 10 Secrets for Creating and Living a Fulfilling Retirement, which was published in 2010.  Alan and Keith cofounded LifeScape Solutions to conduct workshops around the country helping Baby Boomers plan for and live a fulfilling retirement.

On June 17, 1966, Naval Airman M. J. Savoy, Alan's high school classmate was killed when his plane crashed into the South China Sea off the coast of Vietnam.  His body was not recovered.  What if M. J. didn't really die in that crash--what if the crash was staged for some reason, and he survived?  Inspired by that question, Alan has authored  Body Not Recovered, released in 2015.

Elite athletes and Baby Boomers have a lot in common when it comes to coping with the huge life transition that is retirement.  But there are also some major differences, not the least among them is the age at which the two generations retire.  After the Cheering Stops helps both plan for and manage the non-financial aspects of retirement.

A cancer diagnosis is life-changing for both the patient and their loved ones.  At a time when it is most difficult to do so, we must summon the wherewithal to acknowledge and act on our new reality, build hope for the future, and struggle to balance the two.  There is so much to learn--there are so many decisions to be made--there are so many new and often persistent emotions.  Cancer: Balancing Reality and Hope helps navigate this difficult time.

Writing books is not Alan's only endeavor.  Since retiring from a successful 33-year career with the Procter & Gamble Company, Alan has been the founding partner of three businesses and has been deeply involved with social service organizations, community initiatives to reduce violence, and education programming.  He is a management consultant, baseball player, nonprofit Board member, speaker, blogger, and most importantly, the active and proud grandfather of four.  Alan has been awarded  the Cincinnati United Way Impact Leadership Award, the University City School District PACEsetter and Uniquely University City Awards, and the St. Louis Mirowitz Community Service Award.  Alan was also inducted into his High School Hall of Fame in 2011.

Alan is actively working on book eight and lives in St. Louis with his wife, Ann, with whom he travels extensively.