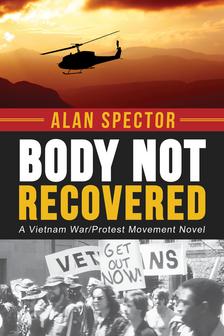 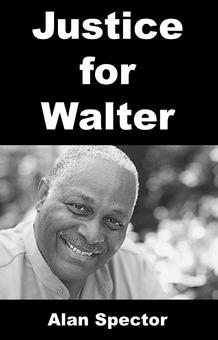 In 1964, shortly after his parents were killed in a car accident, white teenage loner JR Spears graduated from high school.  Until he met Walter Rawlings, an older Black man who would become his friend, mentor, and father-figure, JR was ambivalent about the escalating Vietnam War, about enlisting, and about life in general.  By 1966, influenced by Walter's advice, JR felt compelled to enlist for the noblest of reasons.  His final decision was made while at the hospital to visit Walter after his friend was attacked an badly beaten.  Before JR could let him know about his enlistment decision, Walter died from his injuries.  Despite Walter's friends in the Black community and JR knowing who the white man was who had beaten Walter, there was no arrest at the time.  Nor would there by by 1975, by which time JR Spears had returned to St. Louis, his home town, following a perilous ten-year life journey.  He commits himself and convinces others to bring his friend's killer to justice...Justice for Walter.

Sequel to Body Not Recovered,

A young man, a generation, and a nation--

and a conflicted search for honor and peace

The True Story: On June 17, 1966, Naval Airman M. J. Savoy, Alan Spector's high school classmate,was killed when his planecrashed into the South China Sea off the coast of Vietnam.  The search for M. J. and his crewmates was unsuccessful, and they are listed as Killed in Action/Body Not Recovered.

The Inspiration:  What if M. J. did not really die in that crash?  What if it were staged for some reason?  Body Not Recovered is inspired by and dedicated to M. J. Savoy.

The Novel:  When 1964 University City High School graduate and teenage loner, JR Spears, enlists to fight in Vietnam for the noblest of reasons, he begins a journey that takes him from committed warrior to reluctant soldier to underground antiwar leader.  Confronted by a conflict they increasingly find abhorrent and unjust, Spears and a small cadre of comrades conspire, with both commitment and foreboding, to stage a helicopter crash, fake their deaths, and surreptitiously return to the states to join the protest movement.

These deserters are not the only ones who risk their lives and personal freedom or whose families are ravaged because of the war.  When Maggie Blessings's brother is killed in action, she runs away from home to join the antiwar movement, leaving her mourning parents.  John Muccelli, Spears's high school classmate, fulfills his lifelong dream of becoming an FBI agent, only to be conflicted by the tactics he is being ordered to use to hunt down protest instigators.  Bernice Williams, Maggie's mentor and lover, turns from influential antiwar leader to zealous bomber to victim of her own fanaticism.

The war, the protests, these characters, and the soul of a nation converge in the supercharged 1960s and 1970s environment of the Bay Area.